A series of bellicose rhetoric exchange between North Korea and Donald Trump keeps raising tension in Korean Peninsula. North Korean Foreign Minister threw the first punch on Aug 7, declaring his country will “teach the U.S. a severe lesson with its nuclear strategic force.” Trump countered on Aug 8, saying “North Korea best not make any more threats to the U.S. They will be met with fire and fury the world has never seen.” The commander of North Korean Army responded on Aug 10, threatening they can fire four Hwasung-12 ICBMs over Japan to lfall 30km (19 miles) away from Guam with the final order from Kim Jung-un. Donald Trump then tweeted on Aug 11 that U.S. military plans are “locked and loaded” and ready to go “should North Korea act unwisely.” Gen.Joseph Dunford, the chairman of the U.S. Joint Chiefs of Staff met with President Moon Jae-in Seoul on Aug 14. 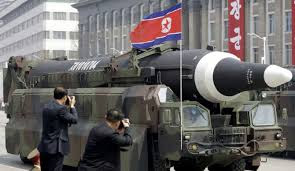 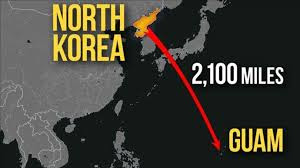 While the rest of the world is watching Korean Peninsula in worries, South Koreans are not really feeling the tension. South Koreans have lived under Kim family’s verbal threats since Korean War ended in 1953. If South Koreans cannot sleep because of Kim Jung-un’s recent bad words from his mouth, neither can Japanese because of earthquakes. My wife can be more concerned about possible Louis Vuitton store pullout from Lotte Department Store than possible North Korean ICBMs flying over Japan to Guam. The recent exchange of menacing words between Kim Jung-un and Donald Trump fits below scenes to many South Koreans.

Posted by Last Two Weeks at 2:09 PM No comments: