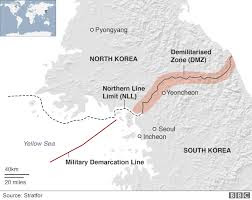 It has been a while since a Korean soccer player broke his leg in June. Just to let you know why CNN was busy last week with its reporters in DMZ.


It all started on Aug 4th when two South Korean soldiers lost their legs after stepping on landmines planted in DMZ. On Aug 10, with the evidence the landmines were secretly planted by North Koreans, angered South Korean President Park Geun Hye ordered the 11 giant loudspeakers along the DMZ blare out propaganda broadcasting after 11 years of hibernation to have North Korean soldiers and civilians within 24 km from DMZ listen to all the bad stories about their Dear Leader Kim Jong Un. 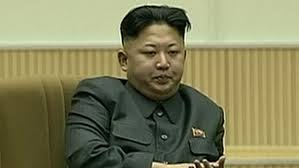 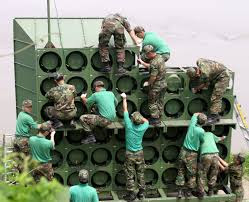 At 3:52 pm on Aug 20, refusing to take responsibility or make an apology for the landmine accident, North Korean army began to launch four rounds of 76.2 mm shells towards the speakers in western DMZ. Undaunted, South Korean soldiers immediately fired back 29 rounds of bigger 155 mm bombs into North Korean territory, following President Park's earlier pledge South Korea will pay it back 10 times if attacked. Infuriated at the unexpected response from the South, Kim Jong Un declared "quasi-state of war", and gave 48 hours to shut up the loudspeakers or face a rain of missiles falling in Seoul. That ultimatum was made at 5:00 pm on the same day on Aug 20. 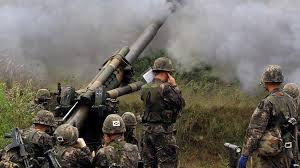 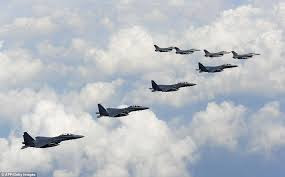 Despite the risk of turning Seoul into a Donetsk, President Park instantly raised her middle finger at the ultimatum, flying fully armed F-16 fighter jets over DMZ to provoke North Korea to fire missiles at them so that she has a good rationale to begin bombing Pyeongyang. It took a form of dangerous chicken game between Park Geun Hye and Kim Jong Un.

At 3:00 pm on Aug 22, just two hours away from the 48 hours ultimatum, North Korea and South Korea military heads agreed to sit down for solution. It was a victory for Park as it was Kim that turned steering wheels after begging for the the talks first. 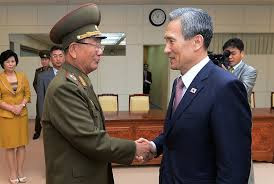 A long 43 hour marathon talks since then was concluded in early hours this morning on Aug 25. The North expressed rare "regrets" over the landmine blasts, and South agreed to turn off propaganda broadcasts, considering no unusual activity along the border occurs, meaning North Korean soldiers can dance to Gangnam Style again from the loudspeakers for any future provocative action from the North. Both agreed to hold reunions for the families separated during the Korean War on the occasion of the Chuseok Holidays in September. So, Korean peninsula is now back in peace, and CNN reporters began to pack their luggage, murmuring "Much ado about nothing.'
The leaders of South Korea and North Korea met twice, once in 2001 when Kim Jongil shook hands with then S.Korean president Kim Daejung in Pyongyang, and the other in 2007 when Kim Jongil welcomed then president Roh Mu Hyun, under South Korea's Sun Shine policy which assumed North Korea will open up itself if South Korea provides financial support. The policy did not work as the money South Korea sent was spent to build nuclear bombs. What is Park Geun Hye's policy, then? Spare the rod, spoil the child. It seems it is working this time, as proved early this morning.